A Reader Reports Back

I met Mary last year. She immediately struck me as intelligent and thoughtful. I mentioned my book The Seer to her, and that it would be coming out this year.

A bit like Game of Thrones, I told her.

"I don't know, then," she said, doubtfully, glancing down at her four-year-old, holding her hand as the girl fidgeted. "I got through the first two books and the story is good, but way too violent. It was making me paranoid. I love to read, but that..." she shook her head. "I had to stop. It was too much."

At that point I was finishing up the final draft of Seer. I had been wondering if the story's harsher parts were hitting the right note. It was important to me that the rough sections weren't gratuitously violent.

I asked her if she would tell me what she thought of it, if she read it. "Even if you don't finish it," I said, "That's fine. I just want to know what you think. You, especially."

Since Seer's launch a month and a half ago, I've heard from some readers who found the book darker and rougher than they expected. When someone writes that they found the story too violent, or that they were negatively triggered by it, I think about it. I take such comments to heart.

Because I don't write for the spectacle of gore. I write for story and characters. For a plot that matters. For the ring of truth.

Today I saw Mary for the first time in months. When she came up to me and said, "I finished it!" I had some trepidation about what she would say next. 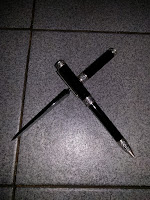 For a moment I just let that sink in. Author food, every word.

And the violence, I asked?

She went on, listing the many things she liked.

"The ending," she said. "I loved how you wrapped things up, without being depressing, like so many books. There was hope. A lot of it."

When a reader understands my story, I feel a soaring joy, a deep humility. I become keenly aware of the connection I've made with this other human being who has taken taken the time to journey through my world.

"I want the next one!" she added, taking her daughter by the hand.

This. This is why I write.