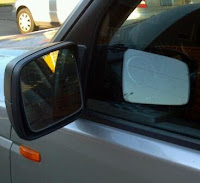 The bottom line is this: I'm mighty glad that I was in good enough shape after that encounter to be able to shake my head at all. It could have been so much worse.
Posted by Sonia Lyris at 7:06 PM